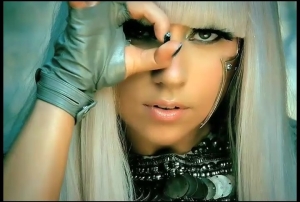 Now.  Lady Gaga.  No one does not love Lady Gaga.  There it is, I said it.  She is so talented, works so hard, writes all her own songs, wears those fabulous costumes…it’s just a great show.  The Verizon Center does not have the intimacy of the 930 Club or Rock and Roll Hotel (or the Black Cat, I didn’t forget about you), but it does allow for the possibility of firey pianos, fountains of fake blood, and a mechanical stage.

The audience was subdued but the on-stage theatrics kept coming, building to sparks-flying-out-of-her-bra crescendo and falling to the lone vocals of Speechless, then building again to standing on the piano bench and playing with one stilletto on the keys.  She did a lot of talking, talking about being a political advocate for the LGBT community and a ton of “esteem-building speechifying.”

I thought about the difference between perceived reality based of appearance and the words themselves.  Lady Gaga’s appearance scares a lot of people, but what she really says is supremely loving.  Her costumes are outrageous, but she is serious about her music and what she means to her fans.  Similar to Dolly Parton, another super blonde, super outrageous performer, she has humongous musical and songwriting chops.

So yeah, I can say it again.  I love Lady Gaga.