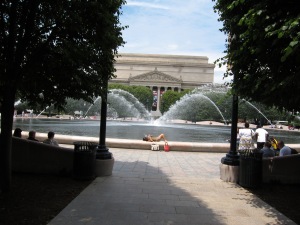 August in Washington can seem like a big pile of blah. Despite our best efforts, the pace of the city is still set by those crazy Congressmen, and when the Hill departs en masse, the rest of us tend to go on mental vacation.

While there is something to be said for the occasional lazy Sunday, there is no reason to let these last days of summer pass unnoticed.  With three weeks to go until September, it’s time to make the best of DC’s summer offerings—and maybe pay a visit to those destinations that you have been putting off since Memorial Day.

Without further ado, I present to you the DC Style Is Real How to Make August Awesome List: