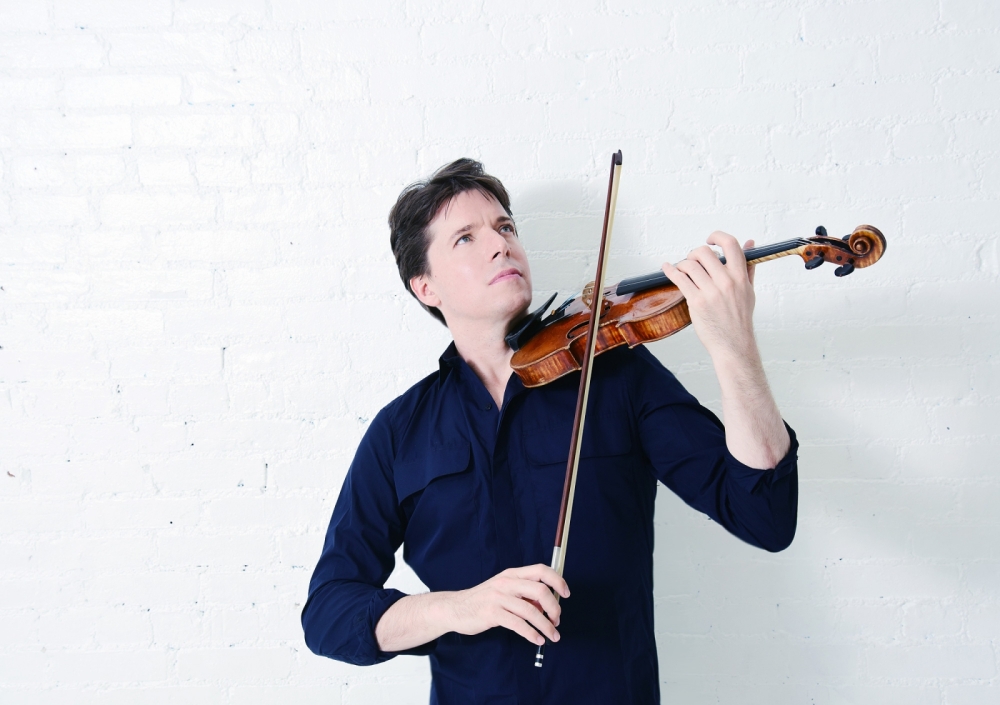 As part of a weeklong residency at the Kennedy Center, the internationally renowned violinist Joshua Bell and the National Symphony Orchestra join forces with the D.C.-based Gourmet Symphony to present a unique collaboration showcasing the musical and culinary arts in one evening’s program. The multi-course, culinary-inspired concert will feature Grammy Award®-winning violinist Joshua Bell as soloist, celebrity chef Mike Isabella as the menu creator, and the innovators from Gourmet Symphony as curators of the experience. The event will be held in the Atrium of the Ronald Reagan Building and International Trade Center on Wednesday, February 8, 2017 at 7 p.m. Tickets are currently on sale.

Inspired by Joshua Bell’s professed love for food, the Kennedy Center and the National Symphony Orchestra offer this alternative performance as part of his February residency entitled The Man with the Violin. To execute the concept, they have enlisted the help of Gourmet Symphony, a local organization that specializes in producing and presenting entertainment experiences to expertly pair food and drink with classical music selections. In doing so, Gourmet Symphony takes away many of the barriers which sometimes prevent contemporary patrons from enjoying traditional concerts, and encourages them to eat, drink, listen, and socialize in a multisensory, interactive format. Through this approach, symphonic performances also become a platform for boosted creativity, as well as to unite and equally highlight the talents of musicians and culinary artists.

Bell and Gourmet Symphony have carefully chosen six recognizable and accessible musical works, engaging seasoned concertgoers and newcomers alike. Led by conductor John Devlin, the National Symphony Orchestra will perform the first movement of Johannes Brahms’s Symphony No. 4; the first movement of Ottorino Respighi’s Ancient Airs and Dances, Suite No. 2; and the D.C. premiere of Eric Nathan’s Glimpse. The Orchestra will also support Bell’s solo appearances in Manuel Ponce’s Estrellita, Nigel Hess’s Ladies in Lavender, and Maurice Ravel’s Tzigane. These pieces serve as the source of inspiration for the evening’s five courses and drink pairings.

As the concert unfolds, guests will enjoy a fine-dining menu complemented by custom cocktails and wine pours as envisioned by Top Chef All-Stars runner-up Mike Isabella. The D.C.-based chef and restaurateur—owner of Graffiato, Kapnos, and seven additional establishments in D.C., Maryland, and Virginia—collaborated with the Gourmet Symphony curators to create five gourmet dishes that reflect abstract concepts, hidden connections, or thematic ideas drawn from the musical works. Isabella and his team also crafted beverage pairings for each dish, which are designed to enhance the flavors, aromas, and consumption of the meal.

Gourmet Symphony was founded in 2014 with the mission to reimagine the classical music experience by presenting culinary-inspired concerts that unite Washington, D.C.’s cultural and artisanal communities. By curating innovative programs that explore the connections between classical music and locally sourced cuisine, Gourmet Symphony breaks the conceived boundaries of traditional concert formats and inspires interest in both the classical and culinary arts. Gourmet Symphony debuted at the Atlas Performing Arts Center in February 2015 with the support of a successful Kickstarter campaign and has since presented events across the nation’s capital, garnering critical acclaim for its pioneering approach to classical music programming.