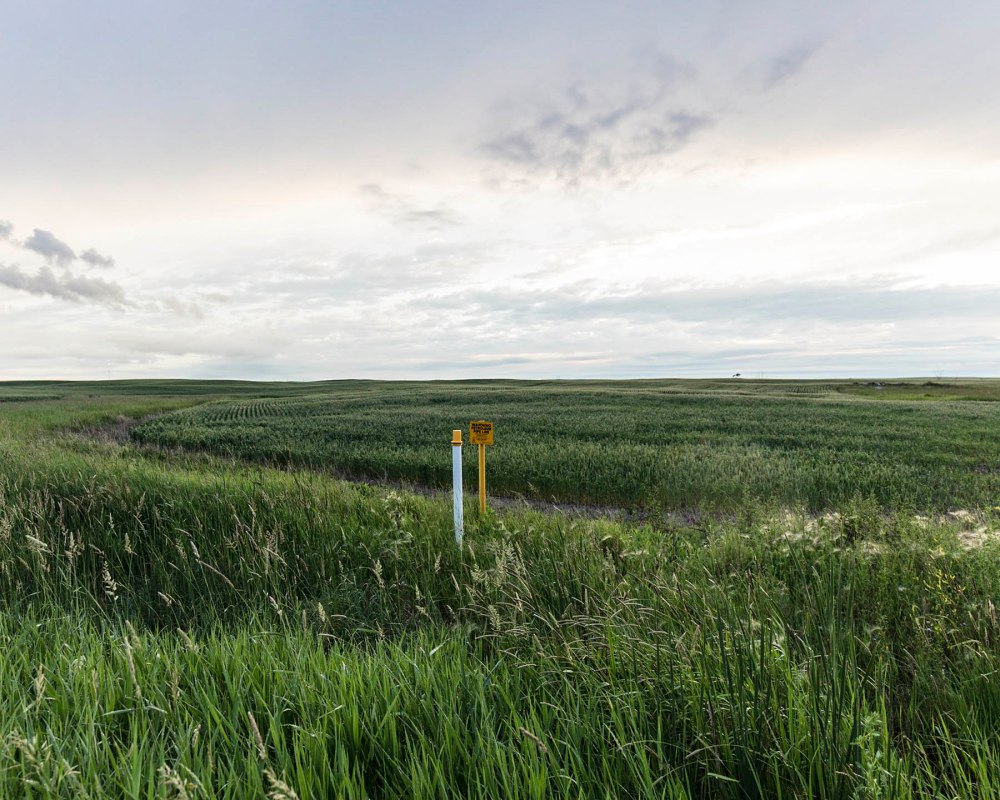 The Open Gallery presents #ViewsFromDAPL, featuring the work of Meghan Kirkwood from March 11th–April 26th, 2019. This exhibition explores the evolution of a production landscape: the Bakken region of western North Dakota. In response to new developments in hydraulic fracturing and horizontal drilling technologies, this remote area made up of large ranches and national parks experienced one of the largest natural resource development booms in the twenty-first century.

A reception will be held on March 28th from 6-8 P.M. The event and exhibition is located at the Morris and Gwendolyn Cafritz Foundation Arts Center of Montgomery College on the Takoma Park/Silver Spring Campus. For more information, visit http://cms.montgomerycollege.edu/arts-tpss/exhibitions/. Free and open to the public.

The rapid rate of oil and natural gas extraction led to the construction of the Dakota Access Pipeline (DAPL), which garnered national and international attention to rural North Dakota as a result of protests from members of the Standing Rock Sioux tribe and numerous Native and Non-Native supporters.

J.B. Jackson’s describes a landscape as “a ‘synthetic’ space, a man-made system of spaces superimposed on the face of the land, functioning and evolving…a composition of man-modified spaces to serve as infrastructure or background for our collective existence.” The Bakken region has been developed for maximum agricultural and energy production since the late nineteenth-century. During most recent boom, however, oil and gas companies reshaped the landscape at unprecedented scale. New roads, well-pads, and unfinished housing developments now stand in place of open fields. Hundreds of miles of new pipelines — including large stretches of the 1,172-mile Dakota Access Pipeline — are now etched into native North Dakota rangelands. For many long-time residents, the region has changed beyond recognition.

These photographs explore this growth within the context of a land already set aside for resource development. The series asks what it means to show the impacts of small and large changes — dust, traffic, pipeline construction — that combine to transform a landscape, a region, and a home. Further, it seeks to add context to public discussion about natural resource extraction in the United States by visualizing which places bear the costs of oil and gas economies.

This is the 4th and last show of this year’s themed exhibition series, Soapbox. Historically, a soapbox doubled as an impromptu stage upon which someone could stand to deliver a speech, usually of a political or social nature. The artists exhibiting in this series will use the highly visible Open Gallery as their Soapbox.

Meghan Kirkwood is an Assistant Professor of Art at Washington University in St. Louis, where she teaches Photography. She earned a B.F.A. from Rhode Island School of Design, an M.F.A. from Tulane University, and PhD in African Art from the University of Florida. Kirkwood’s photography has been exhibited throughout the U.S., Europe, Mexico, and South Africa and has been featured in publications such as Lenscratch, Don’t Take Pictures, Oxford American, New Landscape Photography, Don’t Smile, andOurs.

About the Open Gallery:

The Open Gallery’s exhibitions complement the academic programs of Montgomery College’s Department of Visual and Performing Arts while bringing art to the community. As part of the Silver Spring arts community, exhibitions focus on current pieces by working artists. The gallery is on the ground floor of The Morris and Gwendolyn Cafritz Foundation Arts Center on the west side of the Takoma Park/Silver Spring Campus. The center is located off Georgia Avenue at 930 King Street. Parking is available in the West Campus Garage, located immediately behind the center.